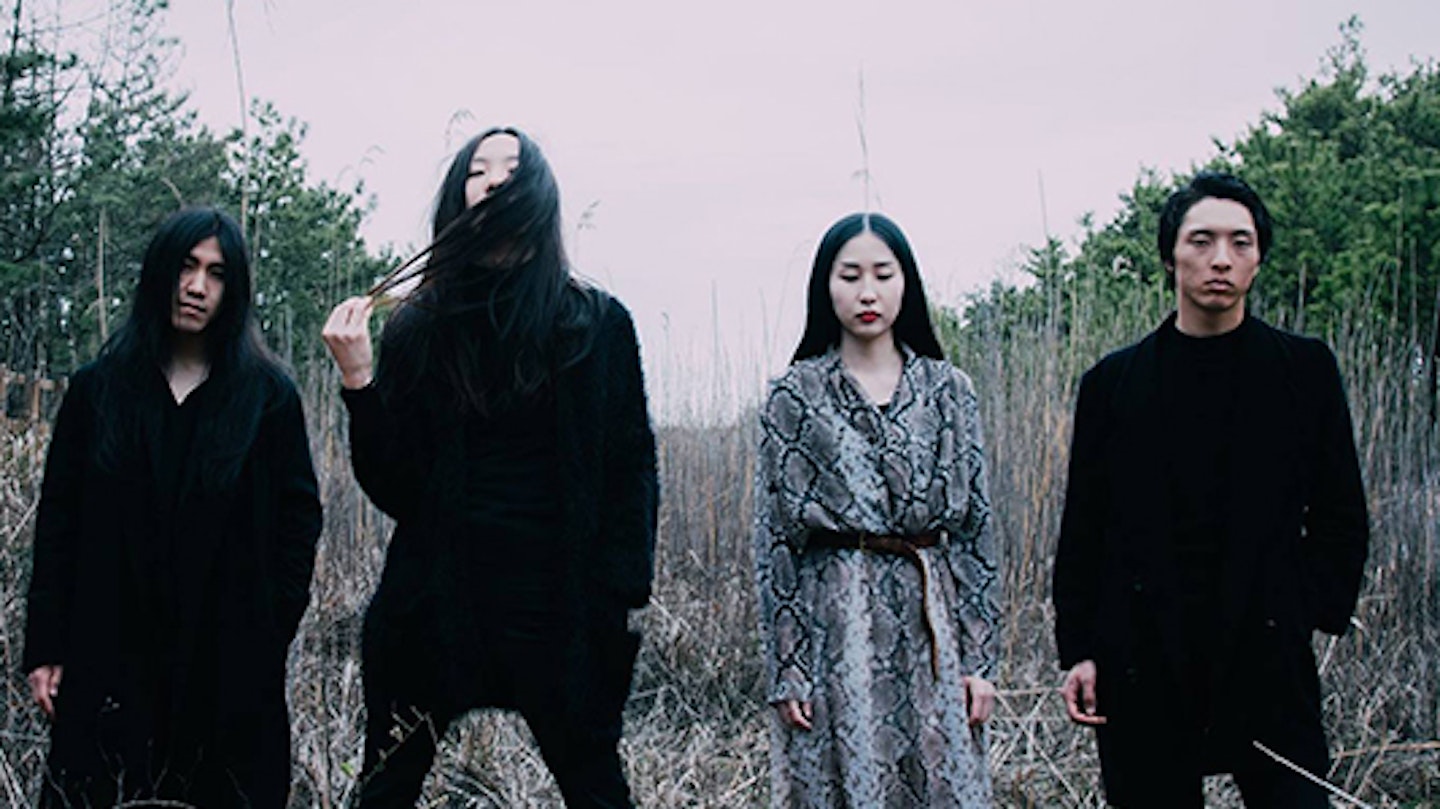 Formed in 2013, QUJAKU are a Japanese heavy psychedelic rock band based in Shizuoka. Their dark and heavy psychedelia filled with rich distortion and feedback creates a unique decadent ambience which is beyond comparison. The apocalyptic sound fuels your hidden urge to release yourself from everyday surroundings, and you find there is not only a brutality but also an ephemeral beauty behind it. The delicate yet strong voice, destructive guitar with feedback, repetitive rhythmic percussion, and deep and bellowing bass build the Qujaku's unique sound and atmosphere which preoccupy your mind once you experience it.

Since their debut UK & EU tour in 2015 and another tour in the following year with two festival appearances at Focus Wales and Raw Power,they have been developing the experimental approach to their sound while establishing firm melody lines. With an upcoming UK & EU tour and also 1st full-length album release in August, qujaku is set for further evolution in their career.