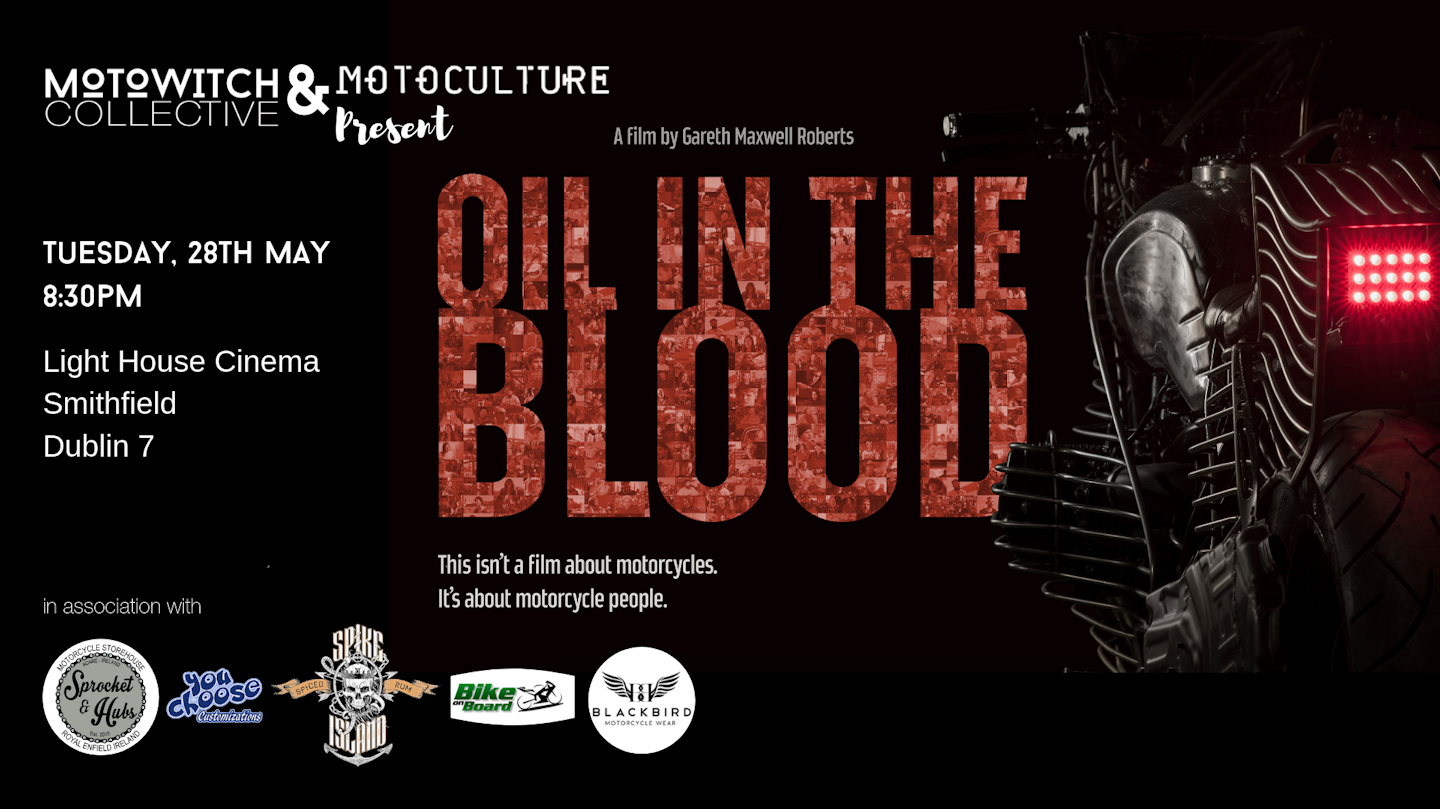 Oil in the Blood

are proud to present

"Oil in the Blood"

This isn't a film about motorcycles. It's about Motorcycle people.

check out the trailer

‘Oil in the Blood’ is a documentary feature film on the contemporary custom motorcycle culture. The film is directed by life-long biker Gareth Maxwell Roberts and produced by Lucy Selwood.

The philosophy of individualism is embedded in motorcycling. The desire to be different and unique is at the root of the motorcyclist’s imagination. Modifying, customising, and changing bikes is at the very heart of the biker. Custom motorcycle culture has experienced a renaissance in recent years, and what was once a niche subculture now bears a significant influence on the international mainstream motorcycle industry.

Oil in the Blood