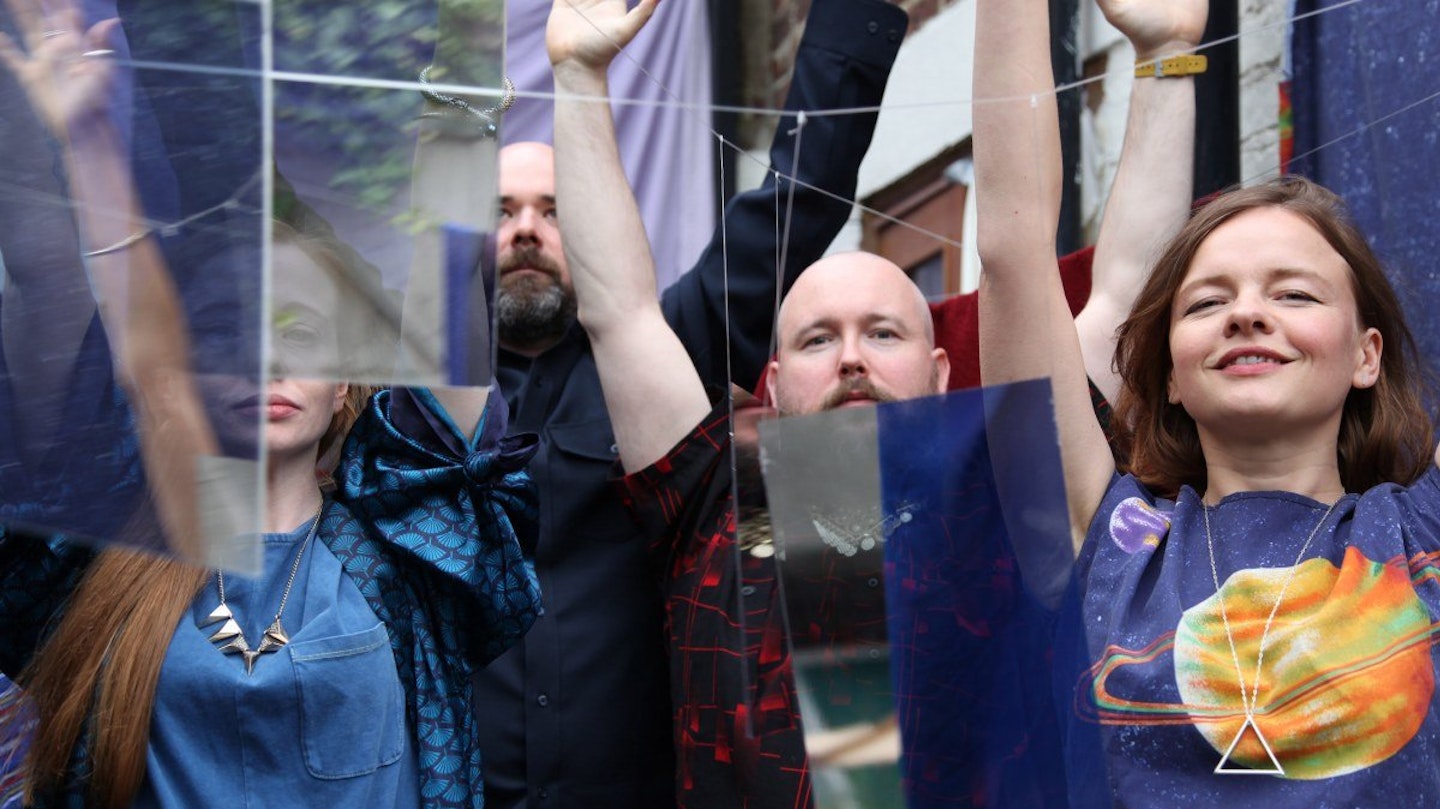 "There is a warped sense of mischief here, beyond the ken of even the most advanced artificial intelligence system."- Financial Times

"..this is a weird record that circles history with an odd coil of sounds. But, truly, give this one a lot of attention. There are so many wonderful nuances in this music. Revelation takes time." - Soundblab

Mogic - out in November 2018 - is Hen Ogledd’s third LP (their first for Weird World), and their most surprising and accessible work yet.

Each hailing from historically different tribal regions of the Old North, the musicians on Mogic challenge the idea that the ancient world was rife with magic, while the new is infiltrated by cold logic. The tracks on Mogic create new phantasmal blends of images and ideas that draw upon the mystical and technological. Mogic is a discombobulating pop prayer exploring artificial intelligence, witches, nanotechnology, pre-medieval history, robots, romance, computer games and waterfalls.

Percolator started in Waterford in 2007 as a drum and guitar duo mainly influenced by the electro infused noise pop and shoegaze bands of the 80’s and 90’s. They released a

number of 7” singles and EPs, added a bassist, and gigged extensively, playing alongside many of their minstrelling heroes including Deerhoof, NEU!’s Michael Rother, A Place To Bury

Strangers and the now deceased Grant Hart of Husker Du.

In 2012, having gone through several line-up changes, the current and longest lasting line-up was formed. Consisting of John ‘Spud’ Murphy (Bass, Synths), and founding members

Eleanor Myler (Drums, vocals) and Ian Chestnutt (guitar vocals), the trio have spent the last 5 years transforming themselves into one of the most intriguing and melodically arresting bands in Ireland at the moment.